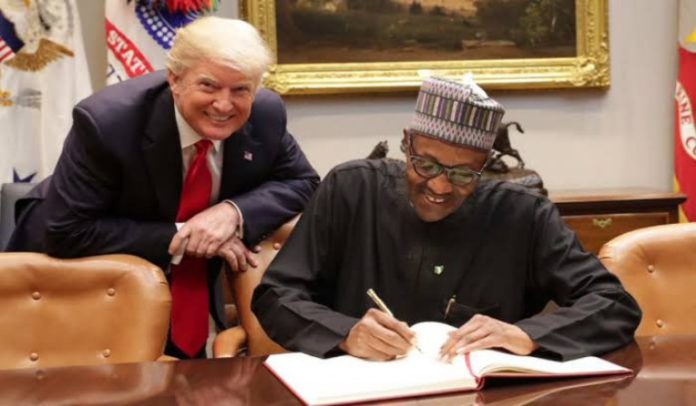 President Muhammadu Buhari has revealed what happened when he visited United States President, Donald Trump at the White House in April 2018.

According to him, President Trump called him into his office at the White House and during a private moment, asked him: “Why are you killing Christians?”

President Buhari said he had to explain to President Trump that the killings of Christians in Nigeria “has got nothing to do with ethnicity or religion,” but was a clash between cattle-herders and farmers, which had increased due to “climate change and population growth” as well as the “leadership failure” of previous governments.

President Buhari, speaking on Tuesday, September 8 in Abuja at the First Year Ministerial Performance Review Retreat of his second term, said he told President Trump that the clashes between cattle herders and farmers could be blamed on poor governance by previous administrations, population growth and climate change.

“I believe I was about the only African amongst the least developed countries that the President of the United States invited and when I was in his office, only myself and him, only God is a witness, he looked at me in the face and said, ‘Why are you killing Christians?’

“I wondered if it were you, I wondered how you will react. I hope what I was feeling inside did not betray me before him. So, I understood it.

“The problem between cattle-rearers and stagnant farmers, I know which is older than me, not to talk of him, because I think I’m a couple of years older than him, were happening. And there was climate change and population growth.

“I tried to explain to him that it has got nothing to do with ethnicity or religion. It is a cultural thing which respective leaderships failed the nation,” President Buhari said.

Previous Coronavirus: What to expect at Kotoka International Airport
Next Apologise for ‘Akyem sakawa’ endorsement in 72 hours or don’t come campaigning here – Okyeman citizens to Mahama