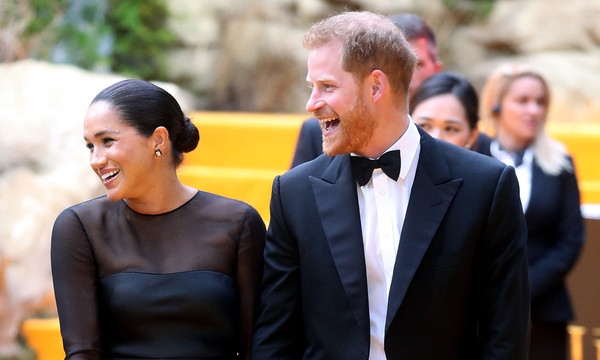 Prince Harry and Meghan Markle’s new deal with Netflix to provide ‘hope and inspiration’ could be worth as much as $150 million, industry insiders say.

The Duke and Duchess of Sussex, who recently bought a $14 million mansion in Santa Barbara, have stepped into Hollywood after ditching royal duties in March.

The couple have founded a yet-to-be-named production company which will make documentaries, feature films, scripted shows and children’s programming, according to The New York Times.

The undisclosed deal to provide exclusive content to Netflix’s 190 million subscribers worldwide icould be worth $150 million, insiders told entertainment industry news site Deadline, and it follows a similar deal by the Obamas.

In a statement, the Sussexes said: ‘Our focus will be on creating content that informs but also gives hope. As new parents, making inspirational family programming is also important to us.’

While Harry and Meghan may appear on camera in documentary programming, the former Suits actress has previously made it clear that she has no plans to return to acting.