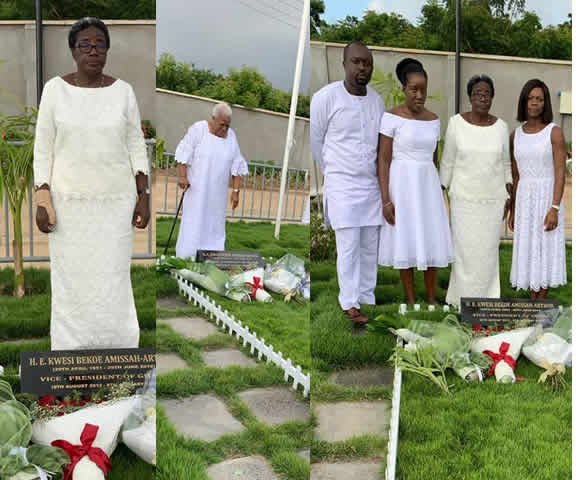 The family of the late Vice-President Kwesi Bekoe Amissah-Arthur has marked the first anniversary of his passing.

The 67-year old former Bank of Ghana governor died June 29, 2018 after he collapsed at an Air Force gym and was rushed to the 37 Military Hospital in Accra.

His wife, Matlida and mother Effie Amissah-Arthur who is more than 90-year old visited his grave at the new Military Cemetry at Burma Camp in Accra.

They were joined by the children of the late leader.

The late Vice-President Kwesi Amissah-Arthur served under the Mahama administration until they lost power in the December 2016 general elections.