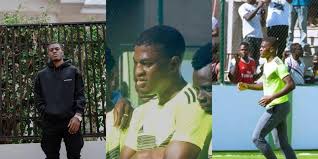 Sharaf Mahama, the son of ex-president John Dramani Mahama, is embarking on a mission to support young people through football in his hometown of Bole.

The 23-year-old, known for his prolific footballing skills and is very passionate about it, was seen in a video engaging some other football talents at Bole.

Young Mahama has played for Belgian side KV Mechelen and also played in ex-Black Stars captain Stephen Appiah’s testimonial match in 2015 and was even training with Ghana Premier League side WAFA during the Coronavirus-enforced lockdown.

As a way of giving back to society, he went all the way to his hometown to support footballing prospects who aim to grow to become professional footballers.

Speaking on why he chose to kick start his project at Bole, he indicated that the town, the culture and the people meant a lot to him.

He added that his passion and love for football moved him to reach out to society and start the project.

He aims to support young people at Bole who aspire to become footballers but are lacking the needed support and encouragement.

He recently hosted a football tournament in the town, bringing together all footballers at Bole to train with him.

He revealed that he was going to keep supporting the young talents of Bole with donations to help them achieve their dreams of becoming professional footballers. 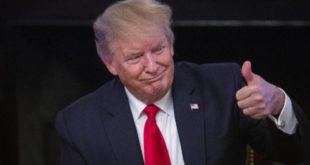 By:brightwebtv.com nana Asare Barimah Donald Trump says the election has been rigged. With millions of …