Juju will crush Black Stars out of AFCON -Opambour warns 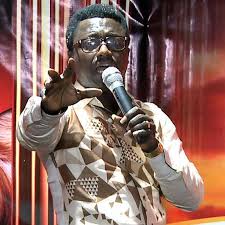 Founder and Leader of Ebenezer Miracle Worship Center, Reverend Opambour Ebenezer Adarkwa Yiadom popularly called Prophet One has prophesied that the Ghana Black Stars will lose the Africa Cup of Nations (AFCON) in Egypt when they device any spiritual powers (juju) to aid them to score goals or win the cup.

He said the players will perform woefully if they attempt to use juju to aid them during this tournament which starts on June 21, 2019.

According to him, the country will record the worse football performance in its history if the players attempt to use any form of juju.

He advised them to allow God to lead them than to device demonic means to win the cup or score more goals.

Prophet One refused to mention if the juju will be collected from a shrine by the players of the technical team of the Black Stars.

In a video sighted by MyNewsGh.com, ‘The Back Stars will perform abysmally if they attempt to use any form of juju. The country will record will the worse tournament if the players are not careful. I’m telling you. Everybody should be careful, I’m speaking to you as a Prophet of God, if we don’t go to this AFCON with the strength of God, we will be sorry for ourselves’.

Out of the 29-man squad which traveled to Dubai for pre-tournament preparations, 23 will go for the AFCON.

Check out the squad for the Black Stars: