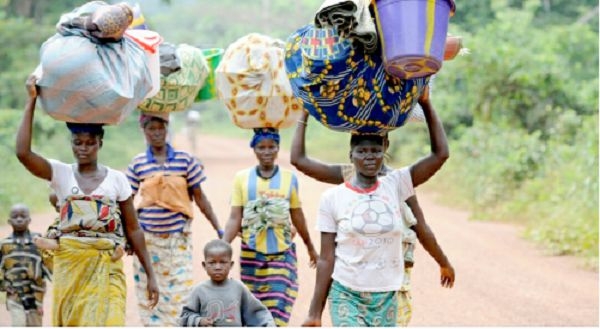 About 12,000 persons in Ghana are internally displaced due to socio-political factors or natural disaster the Ghana Statistical Service (GSS) has disclosed.

The data released by the GSS to mark International Migrants Day said findings from the 2021 Population and Housing Census indicate that there are 11,717 internally displaced persons (IDPs) in Ghana.

The reasons for internal displacement are socio-political factors (55.2% of IDPs) or natural disaster (44.8% of IDPs).

According to the figures, one in every 10 (10.7%) of the IDPs have stayed less than one year in their current place of residence with six in 10 (60.8%) having been displaced for five years or more.

The adult literacy rate for IDPs is twice that of persons that are not displaced: four in every 10 (41.3%) IDPs aged 15 years and older are not literate compared to two in every 10 (21.9%) non-IDPs.

The census also provides statistics on international migrants in Ghana.

For males, getting employment (49.8%) is the most frequent purpose for migration while for females, it is migration for marriage or family unification (46.9%).

A greater share of migrants is male (60.5%) compared to females (39.5%). Almost half (48.3%) of international migrants have lived in Ghana for five years or more

The International Migrants Day is commemorated on 18th December every year to highlight the contribution of migrants and the challenges they face.

Previous Expiry date for enrollment onto Debt Exchange Programme extended to Dec. 30
Next National Cathedral will be Ghana’s collective thanksgiving to God – Akufo-Addo