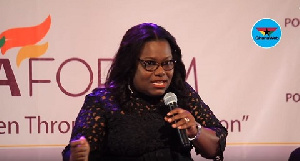 Former Minister of Gender, Children and Social Protection, Nana Oye Lithur, has changed her name back to her maiden name, Nana Oye Bampoe Addo in the wake of a divorce battle with ex-husband Tony Lithur.

Nana Oye Bampoe Addo has thus become her legal name while all other documents bearing her marital name remain valid. Her social media handles, which previously bore Nana Oye Lithur, have now changed to Nana Oye Bampoe Addo according to what has been sighted by MyNewsGh.com

MyNewGh.com broke the story of the couple’s divorce proceedings in 2018.

Then legal practitioner Tony Lithur had filed for divorce against Nana Oye, who had been his wife of many years.

Mr Lithur also represented Mr John Mahama in the historic 2012 election petition hearing at the Supreme Court had accused her of some marital ‘crimes’, based on which he sought the divorce.

In what her husband calls ‘outside’ gentility, home dry, she lives a double life. Mr Lithur said he has forcefully tried at all times, for the sake of their children to keep things going but is unable to at the moment as she abuses him at the least chance, including damaging his reputation within their mutual circle of friends that he is a ‘wife-beater’ when he has never raised his hand ever against her.

He said Nana Oye Lithur, since their 25-year-old marriage, has never done or used her money to buy anything whatsoever in the home, right from the children, to she herself, house maid, food- everything This will be fully understood when MyNewsGH.com’s readers go through the petition. She has NEVER raised a pesewa to say she wanted to help with ANYTHING, even when she knows he’s in difficulties. You should read petition to understand the contexts.

But Nana Oye Lithur had also written a media response to issues surrounding her infidelity and impending divorce, describing the allegations, as enumerated by her husband as ‘unfortunate’.

Touting her 25 years standing as a lawyer, Mrs Lithur who was also appointed Minister for Gender, Children and Social Protection under the John Mahama administration said she trusts the “Legal system and God Almighty to vindicate the truth” on the matter, which among others include her infidelity to her husband.

It is unclear if the matter has since been resolved but Nana Oye has now reverted back to her maiden name. 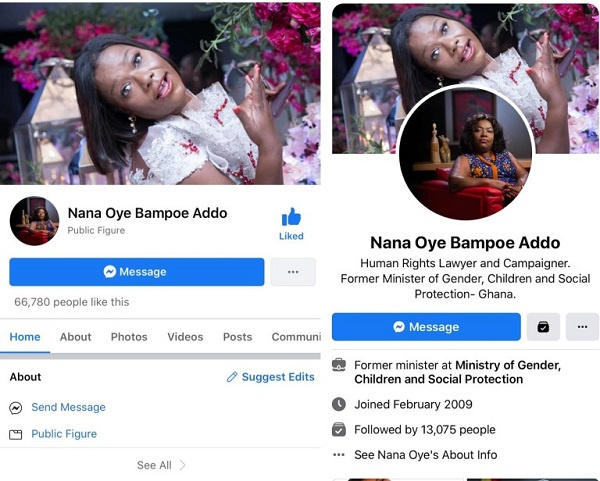