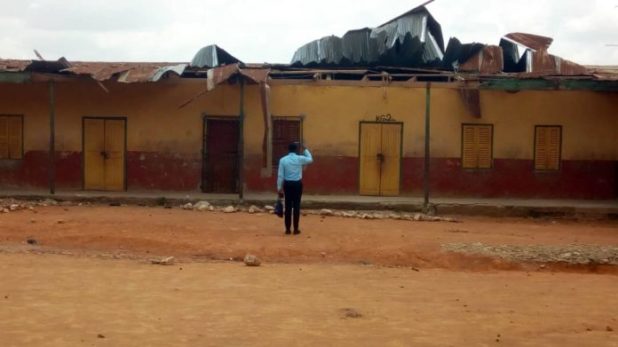 Fear has gripped pupils of Buokrom M/A Primary School “B” in the Manhyia North sub-metro in the Ashanti regional capital after a classroom block in the school continues to deteriorate after heavy rains.
Dailymailgh.com early last month reported the alarming state of the school building after a violent rainstorm ripped off roofs of the building making teaching and learning inefficient for teachers and the poor students.
The troubling situation has now compelled pupils who fear for their lives to boycott classes calling on authorities to come to their aid.
Our correspondent who visited the school Tuesday reported that the situation has affected academic activities including enrollment.
Our correspondent revealed a class of 45 was filled with only eight pupils at the time he visited the school.
Their plight worsened as the pupils were seen studying under harsh conditions as teachers struggled to write on chalkboards due to exposure to the sun.
“We have recorded a low turnout today. Parents have even threatened to withdraw their wards. Whenever they come and meet this structure, they question the safety of their wards. Even we teachers here feel unsafe and that is affecting teaching and learning”, a teacher told Dailymailgh’s Ashanti Regional correspondent.
Twelve year-old, Mary (not her real name), who is also a pupil in the school narrates how the poor nature of the building is seriously affecting their studies.
She is appealing to authorities to come to their aid. 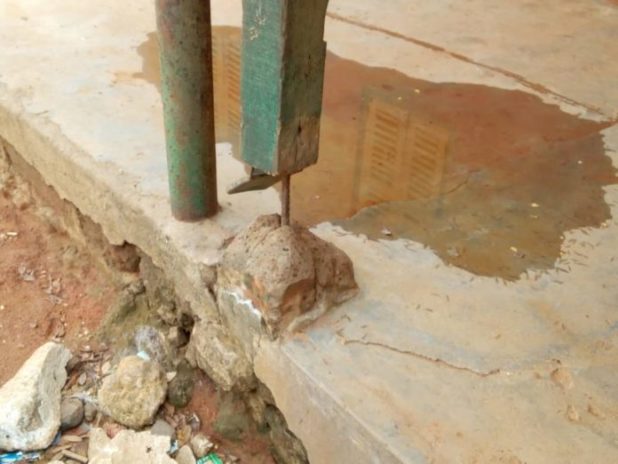 “The school is in a bad state, we feel unsafe”, she said, adding, “I am always scared whenever I see this structure. I want authorities to help us”.
Little Intervention?
It appears the school, which is located a few meters away from the Kumasi Airport, off the Kenyase-Antoa Road, has received no or little attention.
Officials from the National Disaster Management Organization (NADMO) have also been there to assess the situation but are yet to rescue the students.
When contacted, an administrator at the Manhyia Sub-Metro Office of the Kumasi Metropolitan Assembly explained that the Assembly is working tirelessly to save the situation.
The Assembly said engineers have been to the school and has since reported to relevant authorities for further action.