Chief banishes man, family from Bole for disrespecting him 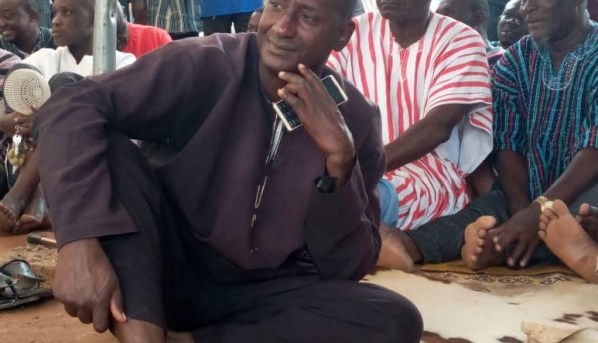 A Fulani resident in Bole has been banished from the area and its environs following gross disrespect for the chief of the area and his alleged continuous involvement in criminal activities.

Kunja Fulani who was banished by the Bolewura, Sarfo Kutuge Feso (I) who together with subordinate Chiefs in the Bole Traditional Area through a unanimous decision directed him to vacates the town within a week or incur their wrath according to Chief’s Spokesperson on Bole-Based Nkiligi Fm.

By the directive, the embattled Fulani man has been barred from visiting or living in communities within the Bole Traditional Area including Banda Nkwanta, Sawla, Tuna, Kalba among others.

The Palace of the Bolewura said the decision became necessary after Kunja’s children recently stole items from one man called Yakubu in Bole and when he was invited to Bolewura’s Palace he exhibited gross disrespect saying he does not know any Chief in Bole.

Later he was sent to the Palace and told to release the stolen items stolen but he grossly disobeyed the Chiefs orders angering the chiefs who have ordered him to vacate the area and thereafter notified the police about their decision.