Astute journalist and fluent Twi newsreader with Despite Group of Companies, Nana Agyei Sikapa has reportedly passed on this afternoon after he was rushed to the hospital last Saturday following a short illness.

Nana Agyei Sikapa was the host of ‘Wogyedie ne sen’, ‘Wo bu be aa’ and ‘Tete’ on Peace FM .

Nana Adjie Sikapa attended Nerebehi R/C and progressed to Nyinahin L/A Primary where he successfully passed the Middle School Leavers Certificate Extermination and got admission to the Atebubu Training College in 1987-1991 where he completed a four-year certificate programme in Education.

He has to his credit GCE and A-Level. As a professional teacher, he taught both at Atwima Agogo and Abuakwa R/C Primary School for several years. The proverbial gem is happily married to Madam Theresa Amankwa and they’re blessed with six children.

However, due to his rich cultural exploits and love for poems, he started with YENA Krokron through which he had an invitation to be on Garden Citi Radio in Kumasi as a guest, where he got privileged to host varieties of shows with the biggest at the time being the morning show host which he excelled to the toast of his listeners.

from there, one could say the heavens poured on him divine favours. In 2003, Dr. Osei Kwame invited Nana Adjei Sikapa to work with his numerous skilled and talented newscasters. He really established himself by his famous appellation style of radio presentation which was unique. 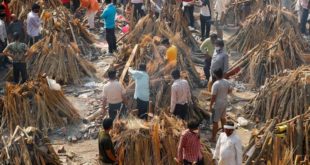