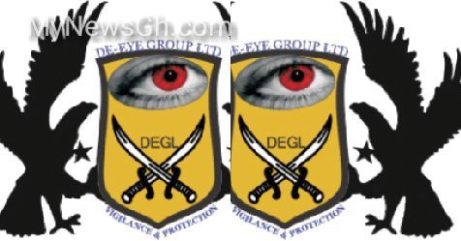 A copy of the suit sighted by MyNewsGh.com dated March 13, 2019 is among other reliefs seeking the following;
A declaration that Manasseh who is the first defendant whose publication on Joy TV that the plaintiff, De-Eye Group Limited is operating a militia group in the heart of the nation with the complicity of the New Patriotic Party (NPP) administration as slanderous and defamatory to the plaintiff and the same was made without  any reasonable just or probable cause.
An order of injunction directed at the defendant, agents, assigns, privies from continuing to air the said defamatory documentary which they have described the plaintiff as a militia group operating in the heart of the nation.
An order of the court directed at the defendants to retract the said defamatory publication and render an unqualified apology in the same prominence  on Joy TV and (4) publications in the Daily Graphic.
Compensatory damages in the sum of Ten Million Ghana Cedis for loss of reputation against the defendants.

It would be recalled Joy News last Thursday aired a documentary in
a supposed  militant group affiliated to the ruling New Patriotic Party (NPP) that was allegedly receiving some form of military training at the Osu Castle.
The Joy News exposé done by award-wining journalist, Manasseh Azure Awuni, showed that the group has been using the Osu Castle a ‘security zone’ for training since the Akufo-Addo government was sworn in.

The group which is said to be led by Choman, a former personal bodyguard of President Nana Akufo-Addo and was described in 2012 as a “vigilante group” in a pro-government newspaper Daily Guide and affiliated to the ruling New Patriotic Party (NPP).