Video Archive
Listen to the Article

The latest 147 new cases were announced by the President, Nana Addo Dankwa Akufo-Addo during his 12th address to the nation on Sunday, June 21, 2020.

The total number of recoveries and deaths, however, remain at 10,473 and 85 respectively.

“As at Saturday, 20th June, the total number of positives, cumulatively, stands at 14,154, out of the 270,300 tests conducted. Under the revised policy, 5,925 persons have recovered and discharged.

He continued: In our hospitals and isolation centres, we currently have 24 persons severely ill, six persons critically ill, with four persons on ventilators. 85 persons have, regrettably, died.”

Find below the case count of per Region

Watch the President’s full address below: 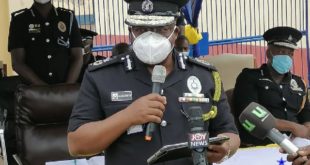