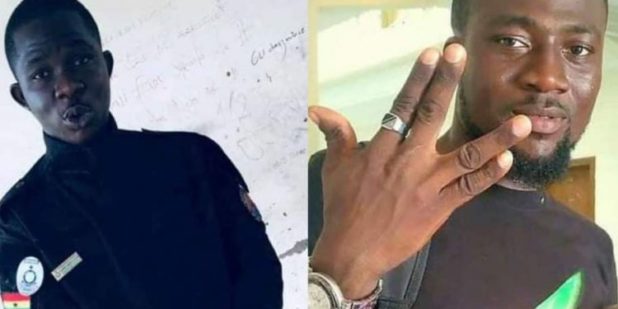 Two police officers have been killed and set alight in Zuarungu, Capital of the Bolgatanga East District, by suspected armed robbers after they robbed a mini-supermarket.

The troubling incident happened Wednesday, December 14, 2021, within the Central business district of Zuarungu.

According to eyewitnesses, the robbers shot the police officers who had stopped by a food vendor opposite the mini-supermarket they had robbed.

Suspecting that the police had come to arrest them, they opened fire on them.

One was shot in the head while the other sustained gunshot wounds in his torso.

The suspected robbers after shooting the officers, then set them alight along with their motorbike to be sure they had no chance of surviving.

The incident has sent massive shockwaves in the district, leading to the closure of businesses prematurely and a curfew-like situation within the town.

Meanwhile, the Police administration has indicated that the two personnel were on night patrols when the incident happened.

The administration promised to contact the bereaved families to inform them of the development before any other detail can be made public.