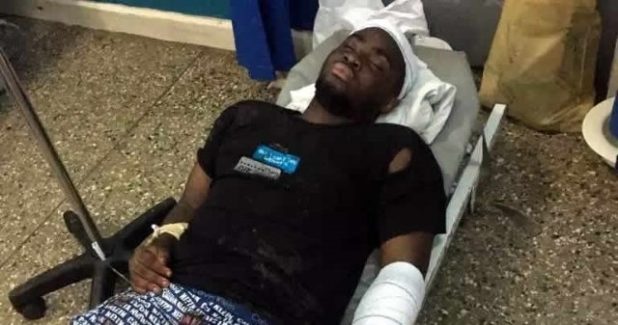 The police and members of the university management visited the crime scene Monday morning.

The police in Accra say they have picked up a suspect in connection with the attack on a student of the University of Ghana, Legon on Saturday.
Director of Operations for the Greater Accra Police, ACP Kwesi Ofori told Joy News the police have taken over investigations and are working to establish if there are other suspects on the run. 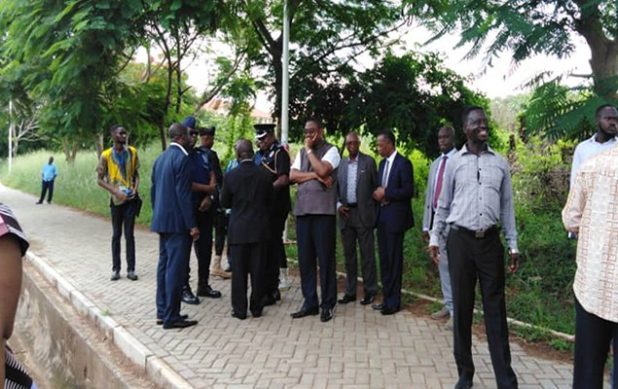 ACP Ofori said the police have joined forces with the internal security of the university in a bid to increase patrol on the campus.
“…we are deploying patrol teams and assault motorbikes to patrol the entire corridor of the university and other places of interest,” the officer said.

When did the attack take place?
The student, Daniel Osei, a level 400 Psychology student was returning to his hostel late Saturday night.
Reports say he was coming from the university’s research library, Balme Library when he was mugged by suspected armed robbers.

The victim is receiving treatment at the 37 Military Hospital

Photos of the victim show deep cuts into his head and blood stains over his body.
The stretch he was attacked on — Pent-Evandy road — is known to be a dangerous route.
The Students Representative Council (SRC) in a statement said, “as a matter of urgency, all street lights on campus are being worked on.”

“Students are being encouraged to remain calm and prepare towards their exams as the SRC is working hand in hand with University Management to ensure the safety of all students,” the statement added.