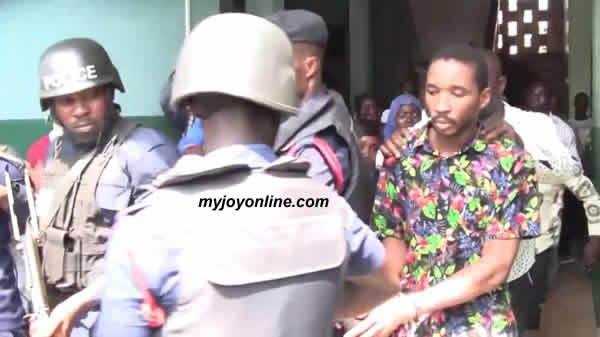 Suspect in the kidnapping of three girls in the Western region has been assaulted in court.

Samuel Udoetuk Wills was harrassed and beaten inside the Takoradi Magistrate court and even more, while exiting the court. In an aatempt to free himself from the angry residents, he abandoned his sandals in court. 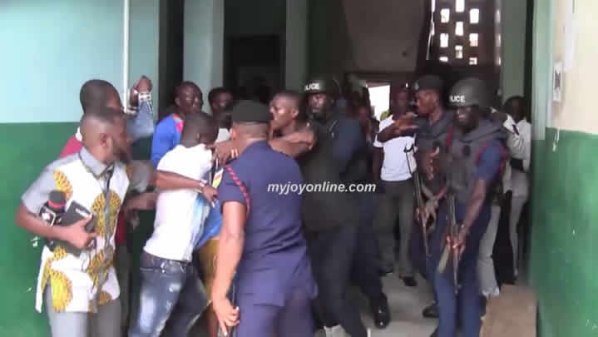 This is the fifth court hearing into the protracted saga of three missing girls whose kidnapping was allegedly masterminded by the Nigerian, Samuel Udoetuk Wills. 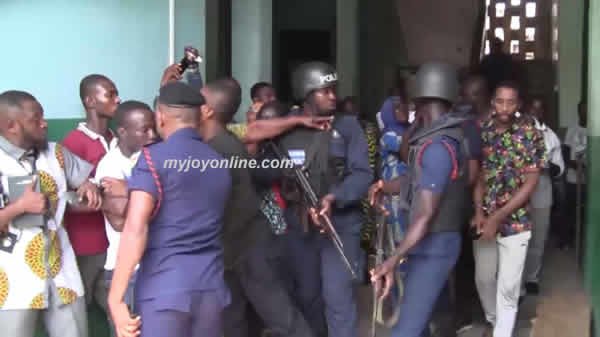 The court room was overflowing as residents flocked to the storey-building housing the court.  A room that could hold not more than 60 was packed, others stood along the staircase and around the court building.
The tension was palpable, the reporter said. Before the His Worship, Michael Ampadu would appear to start proceedings, Udoetuk was attacked.
Mother of Ruth Quayeson, whose daughter went missing on December 4, 2018, rushed to confront the suspect, hurling insults and demanding her ward.

This was the first time Ruth’s mother appeared in court since proceedings began.
Father of Priscilla Bentum who went missing on August 12, 2018 followed up behind the suspect and knocked him on the head.
According to the reporter, the suspect looked calm, hang his head before proceedings and spotted a reddish left eye.

The court heard, Samuel Udoetuk Wills led the police to arrest a suspect named Koda in the Eastern region.
According to Udoetuk Wills, this suspect is key to finding Kwesi, another suspect which the Magistrate, during the last sitting on February 18, had asked the police to produce in court.
The court adjourned to April 4, to continue the attention-grabbing trial of kidnapping that has shaken the nation.

But how to leave the courtroom become a “very serious” challenge to the police, Inna-Thalia Quansah observed.
The suspect was heckled, his shirt pulled, he was jostled, slapped over his body and dodged others as police protection around him struggled to keep him safe.
At the height of the beatings, a police officer drew his pistol at the belligerent throng and threatened to shoot.
“Shoot, shoot I am ready to die”, one defiant man dared the frightened police officer.