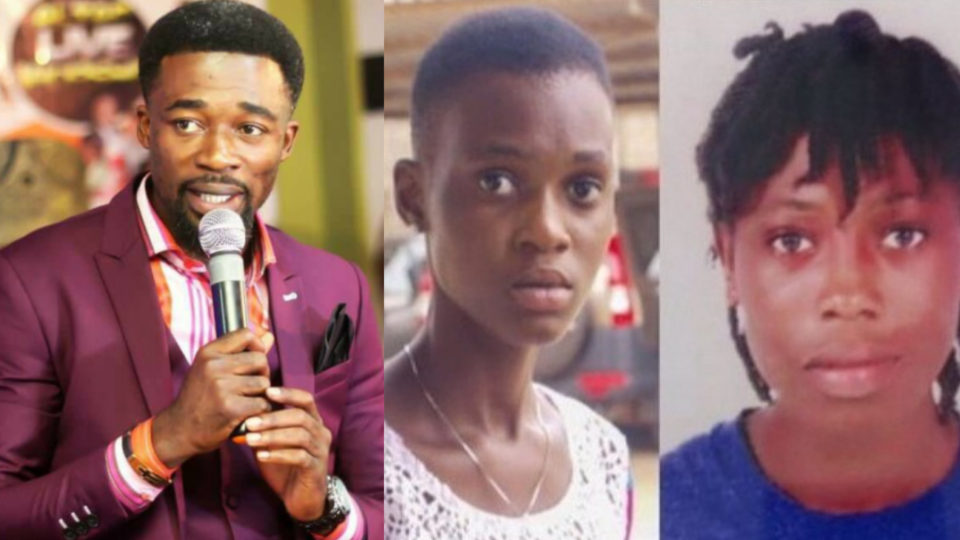 The General Overseer of the God’s Crown Chapel, Prophet Reindolph Oduro Gyebi, has asked families of the missing Takoradi girls to accept the results from the DNA test in good faith.

The man of God told Kwabena Agyapong on Frontline on Rainbow Radio 87.5Fm that the families should not contest the results but just accept the outcome.

He stated emphatically the girls were used for ritual purposes.

The girls he noted were killed several months ago but refused to confirm it due to the sensitive nature of the case.

The incident he said was prophesied through him before it occurred but he was ignored when he called for prayers against it.

Prophet Reindolph Oduro Gyebi, popularly known as the Eagle Prophet in February this year disclosed to the media it would be to impossible to get the Takoradi kidnapped girls back.

The Acting IGP at a press conference Monday evening said: “A few minutes ago, officers of the Ghana Police service informed 4 families in Takoradi in the Western Region of Ghana that DNA test conducted on some human remains discovered into the course of police investigations into the disappearance 4 missing girls has turned positive, as the remains of the girls. The Ghana Police service has with regret informed the families that the remains of Ruth Abakah, Priscilla Kuranchie, Ruth Love Quayson, Priscilla Blessing Bentum.”

The Acting IGP further indicated that the girls were victims of a “serial kidnapping and murdering syndicate that operated in the Takoradi area.”