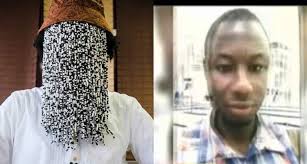 Undercover Investigative Journalist, Anas Aremeyaw Anas, has said his colleague, Ahmed Hussein Suale who was shot by unknown assailants in Accra in January 2019, would have been alive had government taken public threats against journalists in Ghana more seriously.

Speaking at the Media Freedom Conference in London jointly organized by the governments of UK and Canada, Anas, who has gained global respect for his daring investigative work expressed sadness at events that led to the killing of his colleague by unknown gunmen.

“In recent times, there have been developments in town that are very worrying – I recall the death of my colleague the hardworking journalist Ahmed Hussien Suale.”

Anas’ Tiger EyePI team aired an investigation in 2018 on corruption in African football, after which Ghanaian MP, Kennedy Agyepong, spoke against his methods in a series of programs he publicized on his TV station, Net 2 TV dubbed: “who watches the watchman?”

In it, he called for Anas to be hanged and further exposed the face of Ahmed Hussein Suale, who until then was not known by face to many Ghanaians.

He made the remark before an audience that included UK Foreign Secretary Jeremy Hunt, who is vying for the Prime Minister position, the Canadian Foreign Minister, Chrystia Freeland and renowned Human Rights lawyer, Amal Clooney.

He called on world leaders to do better to protect journalists facing threats from governments in their work and warned of the grave danger all of society could face over the loss of confidence in the media.

He made reference to his near-death experience covering a story in Tanzania recently.

“The lesson there for me is simple, if media freedom doesn’t resonate with other communities all of us are at risk.”

Anas also warned against the deliberate wrongful tagging of genuine undercover work by journalists as fake news by dictators who seek to undermine courageous work that exposes their misdeeds.

“If leaders are able to describe genuine work we have done undercover as fake news, then we are in trouble.”

Double standards
While commending western governments for their support in developing media freedom, he criticized them for using their financial system to store funds they amass for themselves and expend after leaving office.

He ended on an ominous note- stating that if the world stood by for journalists to be killed for doing their job, no one would be safe.

Global conference on media freedom
The Global Conference for Media Freedom is part of an international campaign to shine a global spotlight on media freedom and increase the cost to those that attempt to restrict it.

The conference is structured around the themes of Protection and Prosecution, including impunity, national frameworks and Legislation, building trust in media and countering disinformation and media sustainability.

Global leaders, representatives from the media industry, journalists, civil society and academia are among the key participants in the two-day summit.