Student commits Suicide after being Suspened for touching girl’s breast

A 13-year-old SS1 student has allegedly committed suicide after being accused of sexual assault in school.

The student simply identified as Juwon, a student of Foldemi Private School located at Ola Farm area of Abaranje, Ikotun, Lagos, Nigeria was suspended from school after he was accused of touching the butt of a female classmate, named Chinaza.

After the incident was reported to the school management and they questioned him, he denied the accusation.

He was however found culpable and suspended for two weeks. The student who obviously didn’t take the suspension well, ingested the Sniper insecticide and was found dead by his parents.

Juwon’s death sparked a protest in the area as his classmates and other youths in the area stormed Chinaza’s home to attack her since they blamed his death on her. 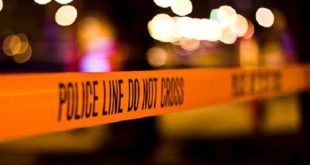