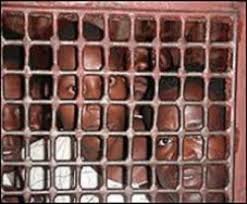 Abdul Razak, a suspect who broke jail from the Kumasi Central Prisons in the Ashanti Region, has revealed he was aided by two police officers and two prison officers.
The suspect disclosed this in a dramatic court hearing on Tuesday after he was re-arrested in the Northern region on November 2, 2018.

The suspect told the court presided over by Justice Francis Obiri.
“I did not disappear from jail; I was aided by two police officers – Sergeant Kofi Fofie and Agbenu Mathias and two prison officers; Ofori and Asamoah around 3:00 am on that particular day,” the suspect revealed.

Police and prison officers had claimed after the jailbreak that the inmate vanished miraculously from prison because there was no sign of a break in the jail.
Justice Francis Obiri, after listening to the revelation of the suspect, has ordered the police and prison authorities in Kumasi to produce the officers who allegedly aided the escape of the suspect.
The suspect, who is one of five people charged with robbery and was being kept in the Kumasi Central Prisons, escaped from custody on November 2, 2018, without any sign of a break to his room.
According to prison officers, they woke up one Saturday morning only to realise that Razak had escaped from the prison with no help or any sign of breakage to his jail room.

“He did not break jail because it is not possible for anyone to have escaped considering the security arrangements in the male yard. He disappeared and that is the major mystery to all of us,” a senior officer who pleaded strict anonymity disclosed after the incident.