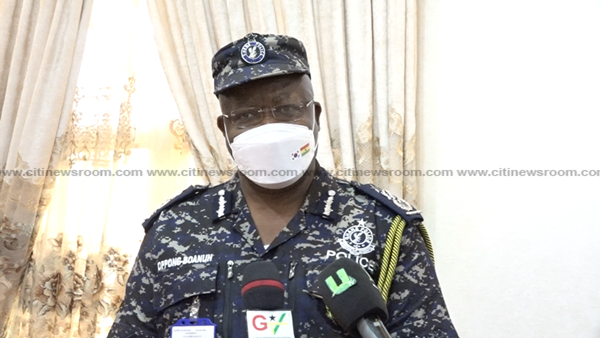 The Inspector-General of Police (IGP), James Oppong-Boanuh says there is nothing wrong with the police’s use of lethal force to deal with armed protesters.

He said such a force is needed to protect the lives of officers deployed to quell violent protests adding that such action is permissible by law.

Mr. Oppong-Boanuh explained that, during violent protests, while the police call for calm with the use of a megaphone, when they are confronted by unarmed protesters, the use of spray guns, tear gas, and blank amour are however allowed to be used to de-escalate rising tension.

“If you are dealing with unarmed demonstrators, then you will not go for live amour. But when you see somebody in the crowd holding a weapon that is capable of being used to kill or injure a police officer, our laws permit us to use lethal force to eliminate that threat to the officers on duty.”

“So, it depends on the situation you are dealing with,” the IGP said when he appeared before the Public Accounts Committee of Parliament on Wednesday, June 30, 2021.

According to the Police Chief, it is necessary for police officers to identify potential threats and deal with the threat, in a bid to control rioting crowds and to a large extent protecting themselves.

“So being in the crowd doesn’t necessarily mean you know what is happening but technically, you are responsible for whatever the person is doing. So, we take steps to eliminate that threat to the officers.”

The IGP’s explanations come on the back of recent issues relating to protests in the country and the killing of two residents of Ejura in the Ashanti Region by some military personnel deployed to disperse a crowd protesting the killing of a social activist in the area.

“What I was told is that the youth were demonstrating. They were moving from one area to another. At a point, they were throwing stones at the police vehicle and the military personnel. So when they got to some area, the youth rounded up the security men in the middle. So the security men decided to fire a warning shot. That is what I have been told so far,” Mr. Oppong-Boanuh stated.