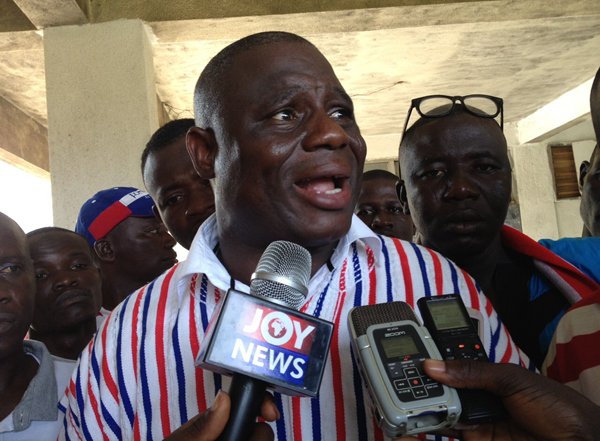 Wife of Adams Mahama, the deceased Upper East Regional Chairman of the New Patriotic Party (NPP) has testified against the man accused of murdering her husband.

Hajia Zenabu Adams has told an Accra High Court that before her husband died, he told her that Gregory Afoko and Asabke Alangbi poured acid on him leading to his death.

Gregory Afoko, is being held on the charges of conspiracy to commit crime and murder of the late Upper East Regional Chairman in May 2015.

Gregory Afoko has pleaded not guilty in a court hearing constituted by a seven-member jury.

A car seat on which Mahama sat during the acid attack had been burned seriously.

He died a day after he was bathed with acid by some unscrupulous men, one of whom is alleged to be Gregory Afoko, brother of the chairman of opposition party, Paul Afoko who was also later suspended from the party.

The case has tavelled on for nine months. Introducing the state’s first witness, the prosecutor Mathew Amponsah led Hajia Adams to give her testimony.

“My husband returned home at 11pm crying in the car, saying I am dying, younger brother of the politician Paul Afoko and Asabke have poured a substance on me,” Hajia Adams told the court in Hausa.

A gallon of acid was said to have been found at the home of the second suspect Asabke Alangbi, prosecution has said.

Later during the trial, Ekow Korsah who is counsel for Gregory Afoko complained he is yet to receive any police medical form detailing the police’s version of the cause of Adams Mahama’s death.

Although he has a copy of a medical report, he is demanding an official police report and refrained from stating categorically that the two reports may be different.

The state prosecutor however told counsel for the accused that no such police medical report exists.