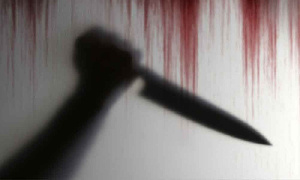 The incident occurred on Sunday at Kwadaso, a suburb of Kenyase No. 2

A 28-year-old man, George Adu-Gyamfi, has been stabbed to death allegedly by a friend over pork.

An eye witness, Sammy Asare, told Journalists that the incident occurred at Kwadaso, a suburb of Kenyase No. 2 in Asutifi South District of the Ahafo Region on Sunday, November 15, 2020.

According to the eyewitness, the deceased was stabbed to death by a friend during an argument over pork at a drinking spot in the town.

The eye witness continued that the deceased upon arrival at the beer bar purchased a drink and sat quietly before the arrival of the accused who is now at large.

Yaw, the suspected murderer was said to have taken a ladle and began stirring a saucepan containing the meat continuously to the dismay of Adu-Gyamfi who impressed upon him to stop that since the meat was for the public.

However, Yaw was said to have reacted angrily to this advice leading to the exchange of abusive words between the two friends. Other people gathered at the bar separated the two.

Since the late Adu-Gyamfi had left for the house at the time of his arrival, Yaw chased him and met him by a bush road, stabbed him multiple times in the right shoulder, leaving him in a pool of blood.

Passersby who were unhappy with the turn of events Yaw and attempted arresting but he threatened to stab anyone who approach him. He therefore managed to escape the scene and has since been declared wanted.