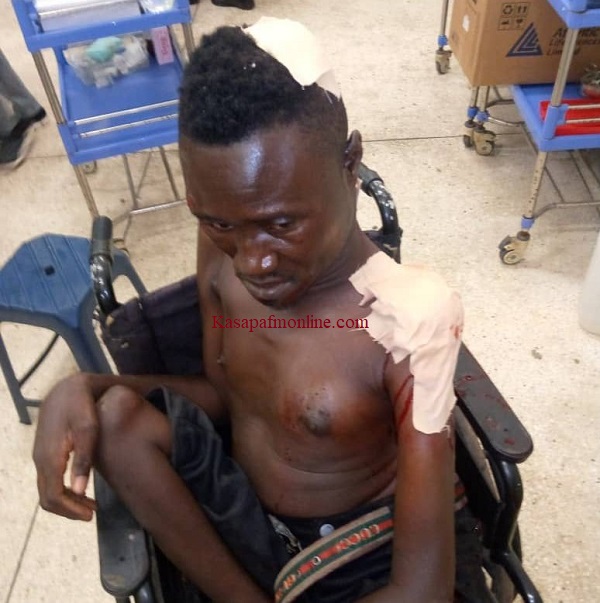 A Land Guard named T.T has hacked a 30-year-old physically challenged man, Oletey Attram at Weija Old Town near Kasoa after the victim’s sister reportedly urinated behind the suspect’s house.

According to the victim, he was at home when the suspect stormed the house with a cutlass and gun looking for his sister to kill her.

He said some youth in the area prevented the suspect from attacking him when he first came around. Being unsuccessful, he left but came back later and butchered him.

The victim was rushed to the Weija Hospital for treatment and the case was reported to the police.

Police have since commenced investigation into the attack and are on a manhunt for the suspect who has since gone into hiding.

Previous I’ve not been well since my hit single; there’s juju in music – AK Songstress
Next 37-year-old prophetess murdered in Tarkwa