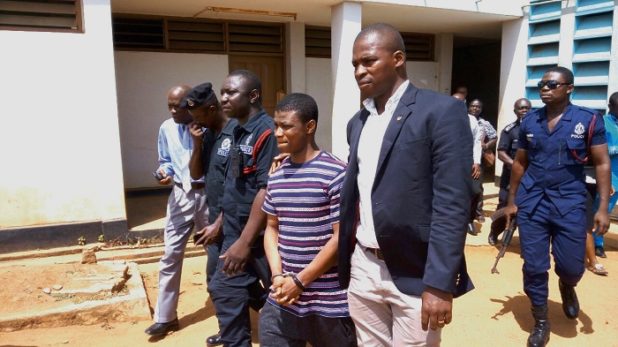 A registrar at an Accra High Court has been ordered to request for a lawyer from the Legal Aid Department to represent some two suspects on trial for the murder of the late MP for Abuakwa North, J.B. Danquah-Adu.
The order followed two consecutive adjournments of the case due to the unavailability of a lawyer for the main accused person, Daniel Asiedu.

Asiedu, also known as Sexy Dondon, has been without a lawyer for a while due to insistence for a lawyer from the International Criminal Court.
This has stalled the progress of the case.
The late J.B. Danquah-Adu was stabbed to death on February 9, 2016, at his Shiashie residence in Accra.
Daniel Asiedu was arrested two days after the incident.
One other person, Vincent Bosso, was also arrested later in connection with the killing.
The murder of the former MP shocked many and led to discussions concerning the security of legislators.
The two suspects have been charged with murder and abetment for the killing of the late MP.
Asiedu had earlier said that he went to the MP’s house to steal, but ended up killing him in self-defence during a struggle.
He, however, withdrew these claims and stated that he had gone with the intention of killing the legislator.
Asiedu’s inconsistent story took another turn when he shocked the public after claiming that he was contracted by some elements of the governing New Patriotic Party to kill the late MP.
He further alleged that after his arrest, one of the supposed people who had hired him to assassinate the legislator visited him in detention and promised to reward him handsomely if he (Asiedu) accused members of the National Democratic Congress (NDC) of rather contracting him to kill Mr Danquah-Adu.
Asiedu also claimed that the supposed visitor promised to cater for all his needs immediately after the NPP won the 2016 elections.
But according to him, after that visit, he had not heard from his “contractors” and was ready to reveal their names.
–
By: citinewsroom.com | Ghana