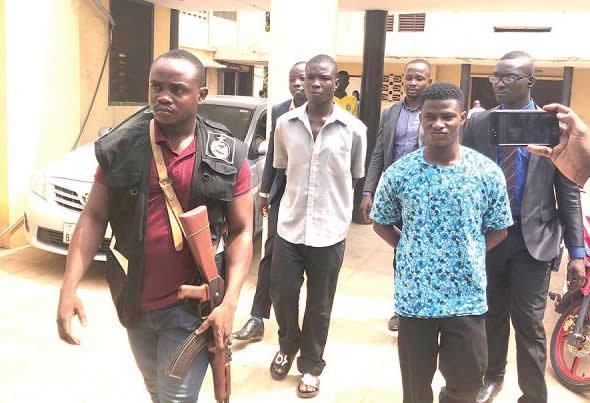 Lawyers for murder suspect in the late legislator, J.B. Danquah-Adu’s trial, Daniel Asiedu are challenging a medical report that declared him sane to stand trial.

They want the court to direct the Psychiatrist who carried out the evaluation to submit his full report to the court.

The sanity of Asiedu, who is standing trial together with Vincent Bosso over the murder of Abuakwa North Member of Parliament, came into question following his lawyers’ insistence that they had reason to believe he may not be fit to stand trial.

The Accra Psychiatric Hospital was tasked by the court to examine him. Dr Sammy Ohene, who carried out the examination, has since written to the court saying the accused person is fit to stand trial.

Lead counsel for Asiedu, Augustine Obour, however, wants the full report to be provided to the court.

“Can we get a copy or you just looked at him and told the court he is normal?” Mr Obour asked the Psychiatrist.

Dr Ohene told the court he considered the dressing, behaviour, coherence of Mr Asiedu among other indicators in arriving at his decision.

These, he said, were contained in Asiedu’s file at the hospital which could be provided.

Trial judge Justice George Buadi directed that the report be submitted to the court.

Lawyer Obour also asked that Dr Ohene be made to submit his birth and baptismal certificates to the court following his admission that he had changed his name from Samuel to Sammy as a boy.

Dr Ohene, said he can submit his professional certificates and passport which bear his name Sammy Ohene.

Hearing of the case continues on July 30.

Previous Akufo-Addo directs IGP, Asante-Apeatu to proceed on leave; appoints Oppong-Boanuh as acting IGP
Next Manhunt for chief who allegedly kidnapped another chief