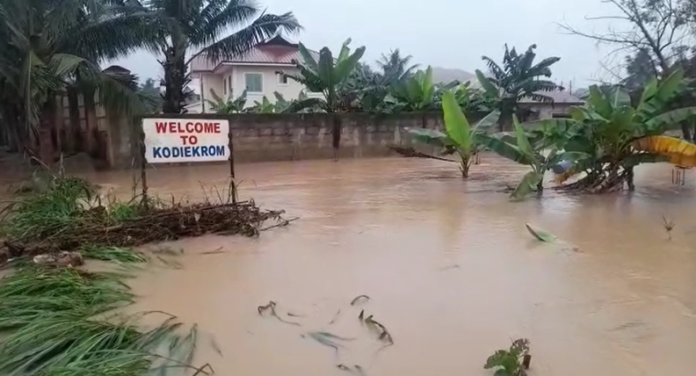 Some communities in Kumasi in the Ashanti Region have been flooded after about 10 hours of rain in the region.

Residents of Apemso and Emina are among the hardest hit by the floods.

Some homes were submerged and commuters stranded in the rush hours of Wednesday.

Some of the victims told JoyNews that the situation has caused them to lose property running into thousands of cedis.

Vehicles were also seen covered with rainwater as residents look on helplessly.

Meanwhile, personnel from the National Disaster Management were at the scene to assess the situation.

Previous Full text: Ken Ofori-Atta’s statement on state of the economy
Next Video: Pregnant woman, 3 others died in gory accident at Kronum