Breaking News
Home / CRIME AND PUNISHMENT / Gregory, Asabke were the ones who poured acid on Adams Mahama – Prosecution witness 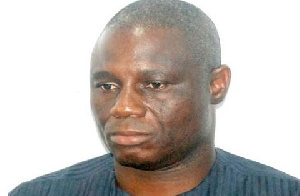 A prosecution witness identified as Tofic Mutallah has testified that the late Adams Mahama disclosed to him prior to his death that Gregory Afoko and Asabke Alangdi were the ones who poured acid on him.

In a Graphic online report, he told the Accra High Court presided over by Justice Afua Merley Wood on November 25, 2020, that the late Upper East Regional Chairman of the New Patriotic Party (NPP) revealed such information to him while fighting for his life at the Bolgatanga General Hospital.

Giving a detailed description of the incident, he said on May 20, 2015, he was with the late Mahama at a construction site where he was building a hotel.

He continued by saying, they went for a meeting with a group of NPP youth from Bawku in the evening which ended around 10:30 p.m., after which the late Mahama, and a man named Zakari, departed to their various homes around 11:00 p.m.

Mr Mutallah said, shortly after he got home, he got a call from Mahama’s wife, Hajia Zainabu Adams that a substance had been poured on her husband and that he had been rushed to the hospital.

“I rushed to the hospital on my motorbike and saw Mahama lying at the emergency ward,” he said.

The prosecution witness narrated further that upon arrival at the hospital, he chanced upon the late Mahama whose face and whole body had been disfigured.

He said it was during his stay at the hospital that Mahama heard his voice and told him that it was Gregory and Asabke who poured the substance, believed to be acid, on him.

“He called me, held my hand, and said ‘Tofic, Gregory and Asabke were the ones who poured the substance on me’,” the witness said.

According to Mr. Mutallah, not only did the late Adams Mahama disclose his killers but also pleaded with him to take care of his family if he dies.

“He said in case he passes away, I should take care of his wife and children for him. He also told me to send his corpse to his hometown for burial,” the witness added.

Meanwhile, Afoko and Alangdi have denied any knowledge of the murder of the former NPP Regional Chairman.

They have pleaded not guilty to two counts of conspiracy to commit murder and murder.