Ghanaian woman gets 70 months imprisonment in U.S. for ‘sakawa’ 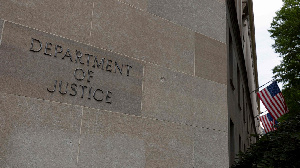 • Deborah Mensah has been jailed for six years in the US

Deborah Mensah, a 34-year-old Ghanaian, has been sentenced by a US Court to 70 months in prison for her role in ‘sakawa’ [conspiracy to launder millions of dollars of fraud proceeds from business email compromises and romance scams] that targeted the elderly from about 2014 through 2018.

Mensah, who was extradited from Ghana to the US on August 21, 2020, pleaded guilty in court on April 2, 2021, before U.S. District Judge Denise L. Cote, to conspiring to commit money laundering.

Audrey Strauss, a Manhattan US Attorney said, “Deborah Mensah was a member of an international criminal enterprise that stole millions of dollars from businesses and vulnerable individuals across the United States, and laundered that money through a network of bank accounts in the Bronx. Having previously been extradited from Ghana, Deborah Mensah has now been sentenced to a term in a U.S. prison for her crime.”

According to her indictment and other public filings in the case published on the US Department of Justice website, sighted by GhanaWeb, Deborah Mensah was a member of a criminal enterprise based in Ghana from about 2014 to about 2018.

They committed a series of business email compromises and romance scams against individuals and businesses located across the United States, including in the Southern District of New York.

They had an objective to use the business email to compromise fraud schemes which was to trick and deceive businesses into wiring funds into accounts controlled by the Enterprise.

The indictment and other public filings in the case further states:

The fake email accounts were used to send instructions to wire money to certain bank accounts and also included fake authorization letters for the wire transfers that contained forged signatures of company employees. By using this method of deception, the Enterprise sought to trick the victims into transferring hundreds of thousands of dollars to bank accounts the victims believed were under the control of legitimate recipients of the funds as part of normal business operations, when in fact the bank accounts were under the control of members of the Enterprise, including Mensah.

Mensah and her co-conspirators received or otherwise directed the receipt of over $10 million in fraud proceeds from victims of the Enterprise into bank accounts that she and other members of the Enterprise controlled in the Bronx, New York. Mensah opened and maintained multiple business bank accounts in the name of an auto sales company to receive funds stolen from victims and launder them to co-conspirators based primarily in Ghana. She also recruited and directed one co-conspirator to receive and launder fraud proceeds and instructed that co-conspirator on how to set up a business bank account for this purpose to avoid detection.”

Deborah Mensah, the US Department of Justice says, was also sentenced to three years of supervised release and was ordered to forfeit $202,964 and pay restitution of $1,505,519 to victims.