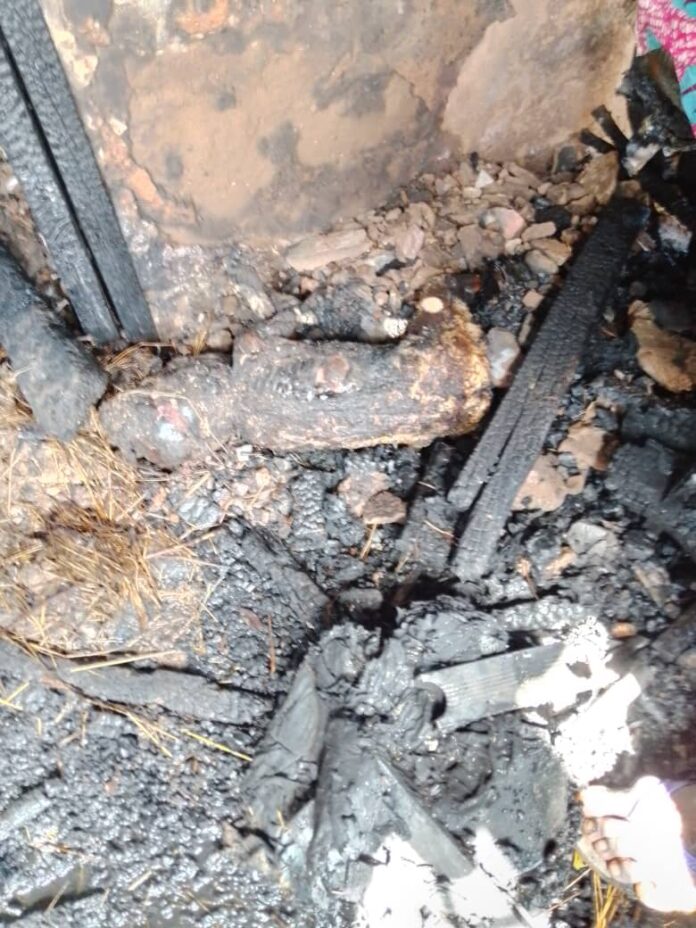 Three persons have been burnt to death at Nteso-Ntonoam electoral area in the Fanteakwa North District in Eastern Region in an inferno while sharing fuel near naked flame.

The deceased are Hellen Teye,2, and Angmor Emmanuel,36 ,and Teye Michael.

Starr News has gathered that, two farmers, now deceased -Angmor Emmanuel ,36, ,and Teye Michael ,22, were sharing a gallon of petrol near a naked flame on a coal pot which caught fire .

The fire captured Angmor Emmanuel and Teye Michael and gutted the room where Hellen Teye, daughter of Angmor was sleeping on the fateful afternoon of December 3,2021.

All effort to get the intervention of Ghana National Fire Service at Begoro were unsuccessful forcing the community members to break the back wall of the room. They tried extinguishing the inferno with buckets of water in attempt to save the child however the child died after almost an hour of struggle to save her.