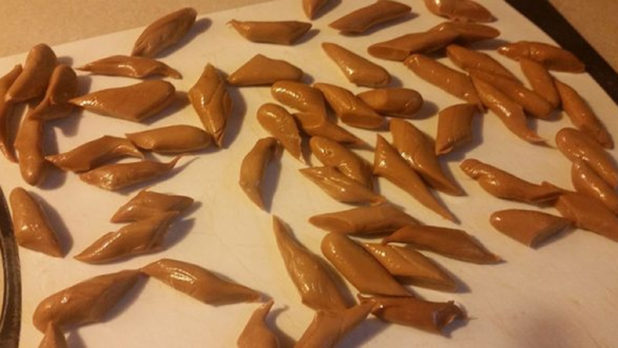 Two lovers, Dodzi Addo Kumani, 39 years, and Doris Anoma, 28 years, have been jailed 12 months and One hundred penalty units each, by the Ashaiman circuit court for selling marijuana toffees.

Prosecuting, Chief Inspector Nunoo-Mensah told the court that , Mrs Esther Addo, a 48 year old resident of Ashaiman Official Town, on the June 5, 2018 made an official complaint to the Police that she had been assaulted by the couple.

The prosecutor explained that, the Police further gathered intelligence on the couple and it came to the fore that the love birds were trading in illicit drugs in the area.

He added that the Police conducted a search in the room of the accused persons and found 36 pieces of toffee suspected to be made from Indian-hemp and a bag containing dry leaves believed to be marijuana.

The couple pleaded guilty and prayed the court to temper justice with mercy.

He therefore sentenced the accused persons to “serve as a deterrent to others’.