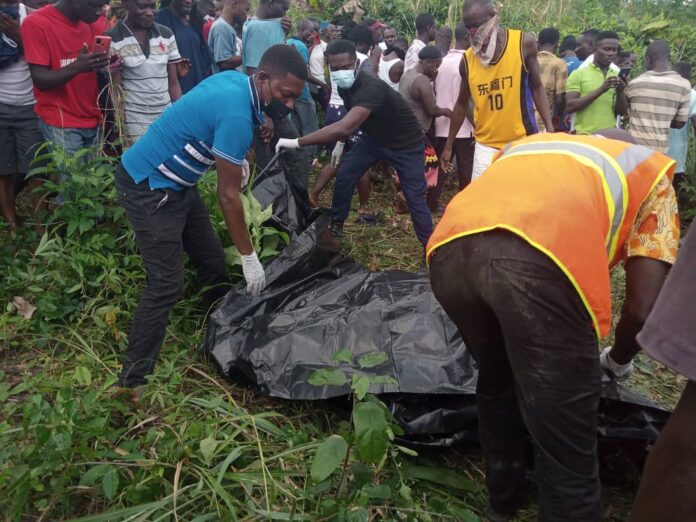 A 55-year-old pastor has been arrested for allegedly beheading his Ex-wife, Victoria Owusu at Assin Bereku in the Assin North District of the Central Region.

The pastor Yaw Owusu is the Founder and Leader of the Truth Redemption Church at the Assin Bereku Community.

Information gathered by Kasapa News, Yaw Boagyan revealed that the women got missing in the bush after she want to farm with her husband on September, 29, 2022.

The suspect returned home without the wife and also failed to report the incident to the appropriate authorities including Police and the Chiefs of the community.

The Chiefs and Elders of the Assin Bereku upon interrogation suspected that the husband, pastor Yaw Owusu may have had a hand in his wife going missing based on his contradictory statements.

The Chiefs and Elders therefore handed the Suspect to the Assin Bereku Police command to escape the wrath of the angry Youths in the Community.

The body of the deceased has been deposited at the Cape Coast Teaching Hospital Mortuary.

The case is under investigation at the Assin Fosu Police.