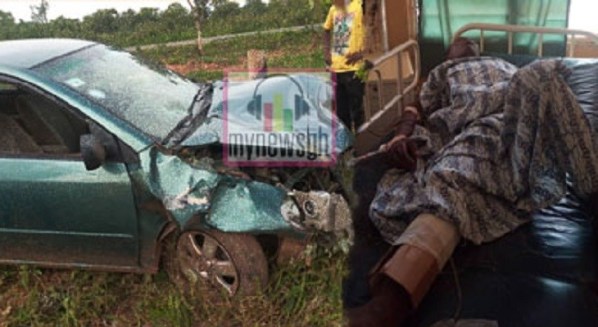 A Toyota Corrola vehicle has run over four school children killing two on the spot while two others are said to be in critical condition according to information gathered by MyNewsGh.com.

The vehicle which was Techiman bound, is reported to have run into the children who had closed from school and were on their way home at Dume a community Dume on the Sawla- Wa road in the Sawla-Tuna-Kalba district of the Savannah region.

According to reporters from Bole-based Nkiligi Fm who visited the accident scene, the vehicle with registration UW 105- 13 veered off its lane and run into the victims killing the two instantly including one Ernestica, daughter of the former National Democratic Congress (NDC) Member of Parliament for Sawla, Donald Dari Saditey.

The two others, a boy and a girl who are in critical condition have been admitted at the Sawla Government Hospital while the mangled vehicle has been towed from the accident scene.

Police confirmed the incident to MyNewsGh.com and disclosed that the driver of the accident vehicle is in their custody assisting with investigations.