A tipper truck on Wednesday evening offloaded sand on a one-and-half-year-old toddler at Awutu Ahuntem, a community near Bawjiase in the Central Region.

The incident which happened around 6pm (13 October) resulted in the death of the boy.

The father of the toddler had requested for sand and when the tipper truck arrived and he was alerted, he moved out to meet the driver.

Information gathered by Graphic Online indicates that unknowing to the father, the child followed him outside.

The father reportedly concentrated on directing the tipper truck driver on where he was to offload the sand.

The truck finished offloading and moved.

When the father went back inside he could not find the boy he was earlier playing with. He asked the wife and they started combing and searching for him in the area. They raised an alarm and after a while, some neighbours prompted them to search the sand.

After digging through the sand, they found the lifeless body trapped beneath the sand.

The driver upon interrogation said he did not see anybody behind him and so he did as instructed by the child’s father.

The father of the deceased also said he was unaware that the boy followed him outside. The case has been reported at the Awutu Bawjiase Police Station for investigation.

The body has been deposited at the morgue 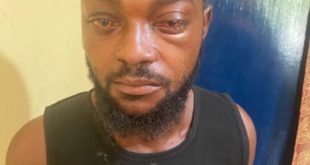