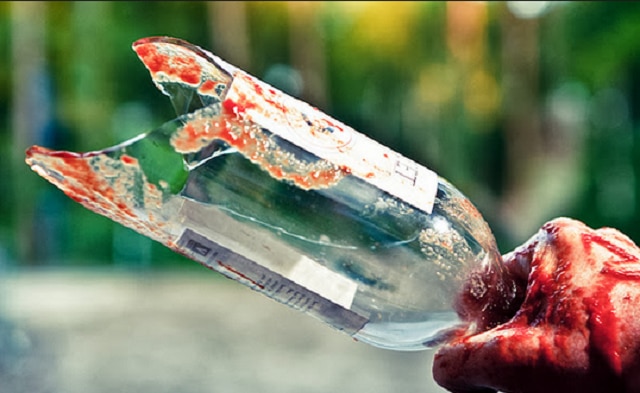 A 27-year-old man identified as Nicholas Adomako popularly know as Paapa is in critical condition and battling for his life at the St Francis Xavier Hospital in Assin Fosu after he was stabbed with a broken bottle by a friend at a drinking spot in Assin Kwaataa in the Assin South District of the Central Region.

The suspect had planned to rob a local trader but had his plans thwarted after the victim blew the alarm.

This angered the suspect, Yaw Seidu, who is now in the custody of Assin Anyinabrim Police station, who had earlier threatened to shoot the victim.

The incident occurred Tuesday at about 8:45 PM

Eyewitnesses told Kasapa FM’s Yaw Boayan in an interview that the victim was stabbed with a broken bottle on his neck causing him to bleed profusely.

Boagyan further reports that information made available to him suggested that this was not the first time the suspect had got himself into trouble. he had earlier been accused of butchering his father which landed him in prison.

Adomako was rushed to the hospital for treatment.

In an attempt to flee the town, the Assin Anyinabrim Police with the help of the youth in the town managed to arrest the suspect.

Meanwhile, the mother of the victim has visited the hospital to support her son.