Another Chinese woman arrested with 4 containers of Rosewood 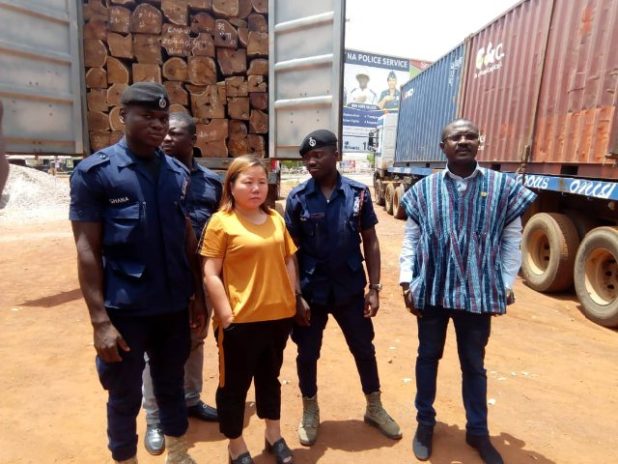 Helena Huang was caught with four truckloads of Rosewood.

A Chinese national has been arrested by police in the Northern region with four containers of Rosewood timber.
Helena Huang, 41, was accompanying the truckloads of the timer when police at the Vitting Barrier apprehended her.

The suspect told the police that she has permission to transport the wood to Tema. She also insists that she has a resident permit to be in Ghana.

Huang was, however, unable to produce any document to support both claims. She told the police and the media that one of her assigns is bringing the conveyance documents and her passport.
The Crime Officer, however, noted that there is a ban on the cutting, harvesting and transportation of Rosewood so Huang’s defence is far-fetched.
“But we have commenced investigations into the case,” he told journalists. 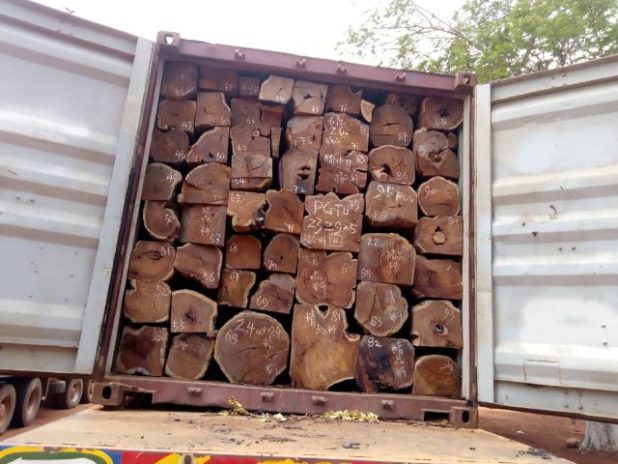 The Ministry of Lands and Natural Resources in March 2019 placed a total ban on the harvest and export of Rosewood.
The ban followed reports that there was fresh felling of the tree despite a partial in 2017 ban which allowed already cut down trees to be salvaged.
Joy News’ Joseph Opoku Gakpo in led a documentary to expose companies involved in the cutting down of Rosewood despite a government ban.

Police wanted money from me
The suspect is, however, levelling allegations of corruption against the officers who arrested her.
According to her, the police demanded ¢200.

“They brought me here [to the police station] because I did not pay them,” she said.
The Northern Regional Police PRO, DSP Mohammed Yusiif Tanko, however, noted that the officers were professional in arresting her and bringing her to the station.
He said her allegations would be investigated.