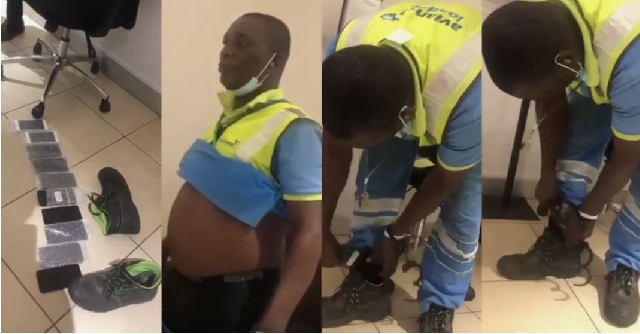 The Ghana Airports Company Limited (GACL) has confirmed that a staff member of a Ground Handling Company operating at the Kotoka International Airport (KIA) has been arrested.

A statement issued by the management of the GACL on Thursday, 17 December 2020 indicated that the airport staff was caught by the Aviation Security “with several phones in his possession after handling an aircraft” on Tuesday, 15 December 2020 as was seen in a viral video circulating on social media.

The suspect has been handed over to the Airport District Police for interrogation and appropriate action.