Fifty-three soldiers have dragged Menzgold Ghana Limited, a gold dealership firm, to the High Court for failing to pay back their total investment of GH¢2.5 million. 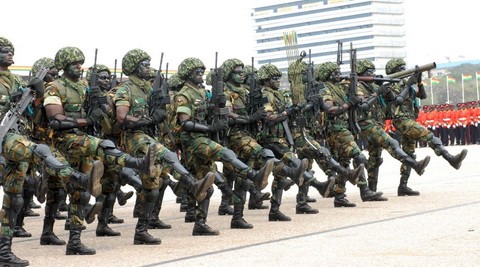 The plaintiffs — from the Ghana Navy, the Ghana Air Force and the Ghana Army — are praying the High Court to order a refund of their money.

According to the plaintiffs, all efforts to retrieve the money has been unsuccessful.

The amounts quoted on the filed court documents represent the plaintiffs’ principal.

Plaintiffs are arguing that even if the defendant claims that it cannot pay their interest, they are entitled to their principals.

A statement of claim accompanying the writ of summons stated, inter alia, that the defendant, through advertisements and its agents, reached out to the Ghanaian public to subscribe to its services.

It said the plaintiffs took advantage of the advertisements and subscribed to the defendant’s services by investing various sums of money in 2018.

According to the statement, the agreement between the plaintiffs and the company entitled them to 10 per cent returns on their investment for those who invested GH¢24,000 and above and a minimum of seven per cent for those who witnessed below GH¢24,000.

It said the government was for 12 months, after which investors were permitted to terminate or to reactivate their investments.

According to the statement of claim, the defendant company paid the interest, popularly known as extra value, but stopped sometime in August 2018 and had since failed to either pay the interest or refund their principal. The plaintiffs, according to the statement, on several occasions attempted to retrieve their money but they hit a snag. “Plaintiffs have approached the defendant countless times but they are always met with excuses and postponement,” it said.

Describing themselves as hardworking men and women of the Ghana Armed Forces, the plaintiffs contended that they had invested their “sweat and tears” in the defendant company.

They said they were worried that their hard-earned money from what they termed as “sleepless treks and peacekeeping missions” was what they had invested in Menzgold.

The plaintiffs, therefore, prayed the court to direct the defendant company to refund their investments.

The plaintiffs have since the issuance of the writ of summons been unsuccessful in serving it on the gold trading company.

Following from that, their counsel, Mr Yaw Owusu Anane-Asante, on January 8, 2019, filed an application for substituted service.

Previous EOCO goes after Shatta Wale and MORE
Next Atta Mills blocked me from prosecuting his ‘thief’ cousin, He was corrupt – Martin AMIDU drops Bombshell