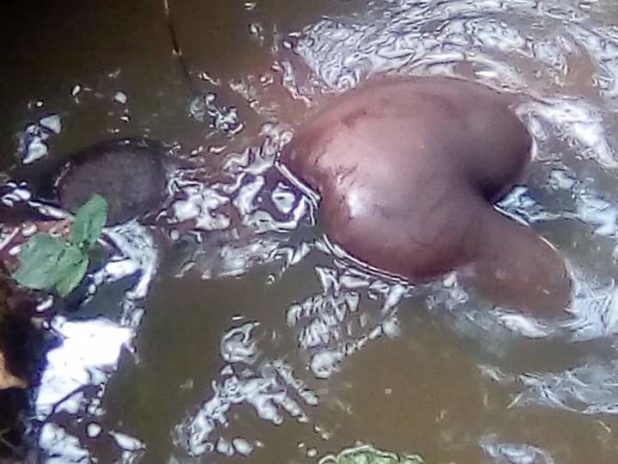 A 37-year old spot owner name Kwabena Nkrumah a.k.a Alhaji has been found dead in the river *Subin*.

Abena Nsowaa Wife of the deceased in an interview with Kofi Gyabaah Prof of Adehyie FM Bibiani Angel TV Angel FM reporter explained the unfortunate incident that, the husband informed her on the 5th October 2021 that very day afternoon he would be going for some drinks to come and finish into the Bar so the wife should prepare some food for him before he comes.

The wife did prepared the meal and send it to the Bar and waited for the husband the whole night but he could not return so she informed the family and some of his close friends about it.

The Committee chairman for Manson Aboaso electoral area Mr Alex Essin also explained to the media that, the community were having a communal labour on the 6th October 2021 which is the following day morning, the had an information that some one has been found dead at river Subin so they quickly rush to the seen and found out that it was kwabena Nkrumah.

They called on to the Manson Keniago police and came and took the body to Agro-Esum mortuary for postmortem he left behind a wife and six children May his soul rest in peace.