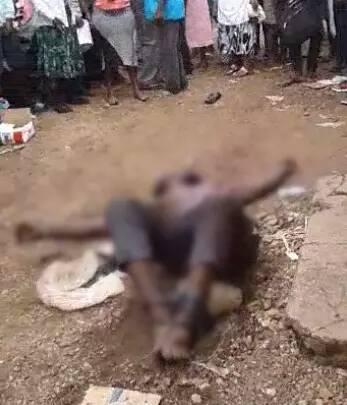 Mathew Yeboah is a mobile money vendor who accidentally transferred an amount of GH 1000 to a wrong number during his normal transactions.
The incident is believed to have happened somewhere last week but after realizing the error he persistently called the person who he transferred the money to but all persuasions to resend the money failed to materialize.
The news was confirmed by the Sefwi Juaboso District Police Commander, DSP Isaac Kumnipa.
Narrating the incident he says one Charles a brother of the deceased of Sefwi Juaboso came to them around 10pm on Saturday to report to them that last Thursday upon returning from work he saw Mathew Yeboah lying helpless under a tree so he quickly took him to the hospital.
It was at the hospital that he disclosed that he drank ‘Condemn’ a chemical used in spraying cocoa since he works for someone and has no hope of getting GH 1000 to refund the money.
Medical personnel of the Juaboso Hospital did all they could but he gave up the ghost on Saturday 28th September 2019.

Watch the video below