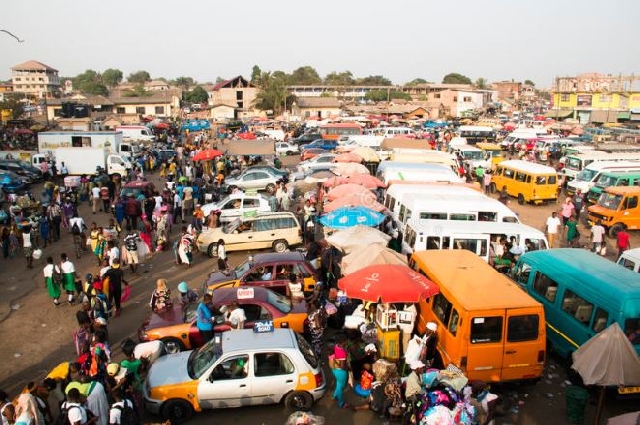 Bus terminal
Effective Saturday, 11 July 2020, commuters will be paying 15 per cent more in transport fares following an approval by the government for commercial transport operators to hike fares.Deputy Transport Minister, Nii Kwartei Titus-Glover, toldClass News: “The transport unions made an application to the Ministry that because of the COVID-19 and government has asked them not to load full capacity, they are losing a lot of money because of the running cost of their operations”.

“They came with two applications that the government should allow them to run full seating capacity or we should allow them to increase the transport fares. This afternoon, we held a meeting and we’ve all agreed that with effect from Saturday, 11th of this month, we have increased transport fares by 15% and in going forward, they should continue to hold the safety COVID-19 protocols,” he added.

Just recently, The Chamber of Petroleum Consumers (COPEC) suggested that the government subsidise the price of fuel at the pumps for commercial drivers in the wake of the difficulties they are grappling with as a result of the social-distancing directive of the President, which has led to a reduction of the number of passengers they carry at any time.

COPEC, in a statement, said the hike in the price of fuel from GHS4.65/litre to GHS4.820/litre, representing some 3.8% at the pumps, is having a toll on transport operators, thus, the need for such subsidy.

The attention of the Chamber of Petroleum Consumers (COPEC) has been drawn to yet another fuel price increases from GHS4.65/litre to GHS4.820/litre representing some 3.8% of pump prices.

This has further agitated the public and commercial transport operators who had earlier sought to enforce an increase of some 30% in transportation fares by a section of these drivers, particularly those in the Greater Accra, Ashanti and Western Regions

The advent of COVID-19 and its protocols in preventing the spread of same saw a directive for all commercial and public transport operators to ensure the observance of Social distancing in the buses and cars in their daily operations, thereby reducing the number of passengers they could pick per trip which, what this meant was a significant reduction in the revenues for these public and commercial transport operators per each trip.

The social distancing coupled with recent increases in fuel prices at the pumps by as much as over 16% due largely to international market price increases and the depreciation of the local currency seems to have brought a lot of hardships on these public transport operators and other petroleum consumers across the country.

The commercial and public transport operator further indicate there’s been a further increase in the cost of spare parts due to the cedi’s depreciation and as such, general increases in their input costs whiles their revenues have considerably dipped due to the enforcement of the social distancing directive.

To this end, the major transport unions have, in a recent petition, demanded the government ease the social distancing rule to allow their drivers to pick the prescribed number of passengers per trip or government should make up for the difference in their revenues to forestall the increases in transport fares being recorded currently across the country.

While we at COPCE-Ghana believe authorities should put in measures to curtail these disturbing increases in fuel prices and other inputs costs for public and commercial transport operators, we are unable to support the former suggestion contained in the petition by the transport operators for easing down on the social distancing rule in the public transports due to spikes in the numbers of COVID-19 cases recently, but share in the latter suggestion for government to take a second look at putting in mitigation measures aimed at helping to reduce the costs of these transport operators in either of the following ways.

(1) INTRODUCTION OF A CHIT OR COUPON SUBSIDY PROGRAMME STRICTLY FOR COMMERCIAL TRANSPORT OPERATORS.

The Central Government can per this, introduce a chit or a coupon system to be administered by the various transport unions for their memberships such that the various fuel stations will be reimbursed the difference between the agreed subsidy or percentage reduction on the fuel purchases by these public transport operators, this chit system must be administered at the transport terminals by either the security services or chairmen of the transport unions whose data at the end of every week or month should be cross-checked with claims by the fuel stations.

Though this system admittedly could be prone to some abuse, thorough thinking through of how to operationalise to eliminate abuse is available if we are requested to provide same in order to minimise any possibility of the system being misused whiles achieving the objectives of introducing such a programme is available for study and discussion, since such an initiative may be completely novel, there exists every opportunity to further fine-tune all operational issues with further thinking through by various stakeholders prior to rolling out.

(2) UPFRONT CASH DISBURSEMENTS OF SPECIFIC AMOUNTS TO THE VARIOUS UNIONS FOR THEIR MEMBERSHIP. The Government should reach a decision based on credible, available, data to advance specific subsidy amounts specifically to the registered public transport operators to cushion their fuel purchases during this period of social distancing in the various buses and cars.

Per this, the state will determine how much support it can advance to the drivers through their registered unions with the view to cushioning their costs during this period, this will further help the Government to identify and support those legally paying their daily income taxes as well as the Vehicle Income Tax stickers and other tax receipts and to further encourage those without it to register and pay which will overall increase government revenue over time.

A broad table of amounts to be advanced can be designed to ensure complete transparency and accountability of monies advanced to the Unions whiles exploring the option of also using electronic or mobile money transfers to those formally registered and authenticated by their vehicle income tax ids.

The above measures whiles targeting ways of curtailing the above mentioned arbitrary increases in transport fares across the country in the face of COVID-19 and social distancing observance, can also simply be aimed at gathering enough database on public transport operations across the country and subsequently serve a very good basis for policy formulation and implementation in the subsequent months and years ahead as far as the public transport sector is concerned. For the avoidance of doubt, the social distancing directive by the state has led to a very significant reduction in the revenues of these drivers by between 25% to 40% and thus, we cannot continue to expect the public transport operators and systems to continuously function as though we were in normal times.

The ordeal of drivers has been made worse given the recent surge in international prices of petroleum products which have impacted domestic prices. These circumstances have led to the inability of drivers to adhere to the stipulated directives while maintaining sustainability or profitability of their businesses.

As such, the drivers are left with no choice than to increase the fares in order to remain in business without any interventions or support from the state.

The Chamber believes implementing a subsidization scheme on petroleum products specifically targeting commercial drivers will be a good incentive for them to continue adhering to the social distancing protocols whiles curtailing the harsh effects of these significant increases in transport fares on the general commuting public. COPEC also recommends that a compensation scheme can be instituted by the government as a way of easing the cost burden on the drivers. In this scheme, commercial drivers can be given handouts in the form of coupons which can be used to purchase a few litres of fuel. With this, commercial drivers will be taking some form of compensation in exchange of maintaining social distancing in their vehicles and maintaining fares at a constant for the time being.

These recommendations when implemented will go a long way in aiding the Government’s efforts and commitment to controlling the spread of the pandemic in the country and saving Ghanaian lives.

This also goes a long way to ease the financial burden on the drivers which would have otherwise been transferred to consumers especially in these difficult times of economic stress on both businesses and individuals.

Lastly, we recommend the Central Bank should put in place urgent measures to guarantee fixed fx rates for petroleum importers in order to curtail the harsh effects the depreciation of the local currency is having on fuel prices as it is impacting adversely on Ghanaian consumers during this difficult phase of COVID-19. Signed.