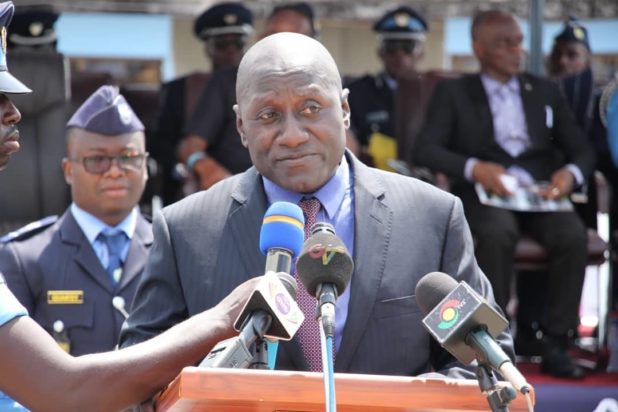 The government has lost nearly GH¢9 billion in revenue from taxes generated on imported goods as a result of the reduction in the benchmark values in the last three years.

The amount was lost between April 2019, when the implementation of the policy started, and March this year when it was reviewed.

This means that the government forfeited up to 40 per cent of its projected revenue in the last three years to help stabilise prices of imported goods on the market.

The prices of imported goods are driven by a combination of factors, including exchange rates, market uncertainties (local and international) and import duties.

He stated that applying the discounts up to 50 per cent cost the country about GH¢3 billion every year.

The benchmark value is the reference value for assessing whether a particular declared value that deviated from the benchmark had a valuation risk of under-invoicing, over-invoicing or transfer pricing.

Benchmarking is essentially an internal risk assessment tool to establish whether a value could be accepted under transaction value or rejected based on the tenets of World Trade Organisation (WTO) agreement on Customs valuation.

It is, among other things, to stamp out rampant mis-invoicing and valuation fraud and also to ensure that the value of imported goods reflects commercial prices and the reality.

The government in its quest to boost the volume of imports through the country’s ports reduced the benchmark values up to 50 per cent in April 2019.

The imposition of the discount policy generated tension between the AGI and the Ghana Union of Traders Association (GUTA).

The AGI maintained that the reduction in the benchmark values by up to 50 per cent in April 2019 cheapened imports and dampened demand for local substitutes, reducing the rate of growth in the manufacturing sector.

This plea was rejected forcefully at the time by the umbrella body of the trading community, GUTA, which argued that a reversal of the benchmark value would result in increases in the prices of goods.

To resolve the disagreement, Col. Damoah said the government decided to phase out the discount policy gradually after engaging with stakeholders in the trading and manufacturing industry.
Col. Kwadwo Damoah (left), Commissioner of Customs Division of the Ghana Revenue Authority, interacting with Seth Twum Akwaboah, Chief Executive Officer, Association of Ghana Industries, at the workshop. Picture: ELVIS NII NOI DOWUONA

Col. Damoah said the second phase of the discount reversals would be made in the 2023 budget of which engagement regarding its preparation had already started.

Giving an overview of benchmark values, the Customs Commissioner said that the benchmark values for imported goods were instituted in 2019 to address complaints of high cost of importation.

Col. Damoah said the intention of the government was to scrap the benchmark values, however, to prevent an abrupt disruption in the economic environment, the discounts had been temporarily revised.

He urged participants to take into account the ultimate objective of making sure that the nation grew and that there was real development.

“We have the ability to produce goods locally and to import only essential ones that we do not have the capacity to produce, so we promote local production and manufacturing and at the same time take advantage of other situations elsewhere,” Col. Damoah stated.

The Chief Executive Officer of AGI, Seth Twum-Akwaboah, said manufacturers were hopeful that the government would totally reverse the discount policy by the end of the year.

Mr Twum-Akwaboah said a total reversal of the policy was a bold action that would support Ghana’s industrial drive and further boost the government’s Ghana Beyond Aid agenda.

He said the imposition of the discount ran counter to Ghana’s industrial development agenda and, for that matter, the government’s own effort at industrialising the country.

The one-day workshop discussed and sensitised the AGI members to some of the policies implemented by the GRA and recent initiatives that impact on business.

The participants, mainly business owners, took turns to voice their concerns about various government policies such as the discount values on goods and services, the GRA taxpayers’ portal, the four per cent Value Added Tax (VAT) flat rate and the electronic transactions levy (E-levy).

Previous No chalk, textbooks, others as basic schools reopen, address them – NDC MP to govt
Next “MY MOTHER ADVISED ME TO DO POLITICS WITH LOVE, NOT TO INSULT”- REX OMAR