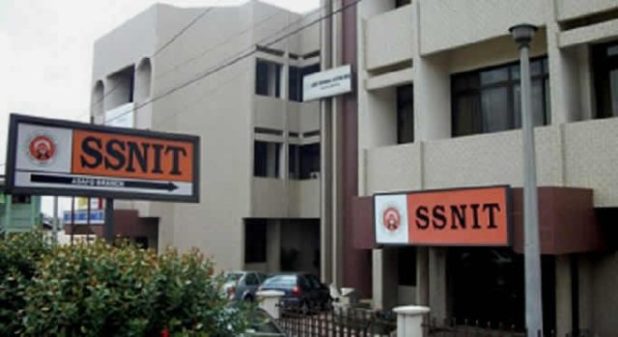 The Social Security and National Insurance Trust (SSNIT) has called for a review of the contribution rate of workers to enable it to sustain the pension scheme and to pay workers higher pensions.

Currently, the contribution rate is 11 per cent of basic salary but SSNIT wants it reviewed to 19.2 per cent.

At the Volta Regional forum in Ho to discuss issues related to pensions, benefit computation, among others, the Director-General of SSNIT, Dr John Ofori-Tenkorang, said there was the need for a discussion on what the correct funding rate should be for the scheme.

The forum was organised by the Trade Union Congress (TUC) in collaboration with SSNIT.

Participants were taken through practical details of how to estimate their pensions.

Dr Ofori-Tenkorang said the benefits that pensioners received as compared to the contributions they make showed that there was a chance that SSNIT might not be able to meet its obligations in the future especially when more and more pensioners come on board.

“We have had external actuaries who come and look at our scheme every three years and some of their suggestions they have been making is that we should come up with an appropriate funding rate to sustain the scheme,” he said.

The time, he said, had come for the country to build a robust and sustainable scheme that would still be there for generations to come.

Responding to claims that SSNIT pensions were low, Dr Tenkorang debunked such claims, stating that there were no myths surrounding benefit computation and that pensions were “a direct reflection of salaries of workers on which they contribute”.

He described SSNIT as a “generous scheme”, explaining that the lowest paid pensioner earns more than a lowest paid worker in active service despite meagre contributions.

According to him, the system put in place did not create the opportunity for SSNIT workers to steal people’s pensions and in a situation whereby there was a wrong computation of benefits, it could be easily rectified.

“SSNIT does not cheat workers. I can’t cheat you; SSNIT workers cannot cheat you too. If they don’t even pay you the right amount, they can’t put that money in the pocket because wrong computation can easily be corrected,” he told members of labour groups and workers at the forum.

The SSNIT boss mentioned that SSNIT had embarked on an aggressive public education agenda to promote knowledge of the scheme among others and for that matter has rolled out the second phase of infoshop in five universities to empower next generation of workers on their right to the scheme.

The Deputy Secretary General of TUC, Mr Joshua Ansah, said pensions had been a major concern for workers in Ghana and that was why they felt it necessary to bring the top hierarchy of SSNIT to address the concerns for workers.

He urged workers to take active interest in their social security and retirement planning.