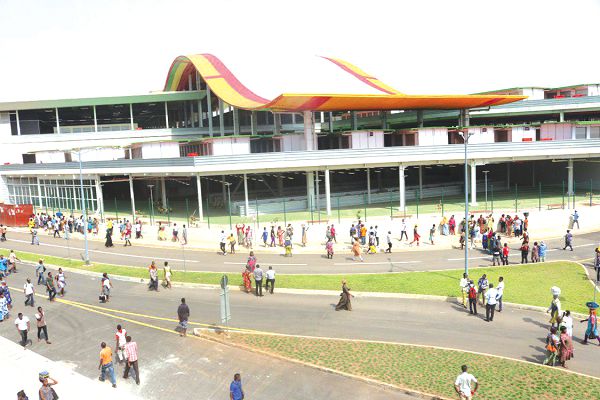 The leadership of the Kejetia Traders Association has dared the opposition National Democratic Congress (NDC) in the Ashanti Region to produce an agreement documents between the traders and Kumasi Metropolitan Assembly (KMA) in 2015 they claimed they have in their possession.

The traders said that there were no verbal or written documents signed during the reign of former KMA boss Hon. Kojo Bonsu, insisting, the Kumasi Mayor were denied them the opportunity to sign a contract with the KMA when they were evicted from the Kejetia for the demolition and commencement of the Kejetia Redevelopment Project in 2015.

The NDC Communication team in Ashanti Region, in a press conference on Monday, July 22, 2019 and addressed by the deputy communication director, Kwaku Asafo Agyei, said there was a bidding agreement between the traders and KMA on the modalities on the distribution and the pricing of the shops.

The NDC said the Hon. Osei Assibey Antwi led KMA is exploiting the traders due to occupy the new Kejetia by quoting huge prices, which to them amounts to bleach of agreement and an attempt to deny the poor traders from acquiring the shops.

But speaking otecfmghana.com on Tuesday, July 23, 2019, the Chairman of the Kejetia Traders Association, Mr. Anthony Kwabena Obeng , warned the two political parties to stay off on issues regarding the Kejetia market issues adding both parties have failed to champion the concerns of the traders.

He elucidated, “we do not want any party to show as if they care about us. We can fight our own battle with the city authorities. We are still fighting our course because the current administration has shown no better leadership as far as our demands are concerned.”

Mr. Anthony Kwabena Obeng, however, appealed to the current administration to formulate plans to pay them their compensation having lost so much to the construction of the project, and further demanded a copy of the alleged agreement documents between the KMA and the Traders for them to be aware of the new agreements.

Previous Ghana to lead Africa in the next Decade – Dr. Bawumia
Next A/R: BOY 8 KIDNAPPED, WOMAN ESCAPED AT WOMASE