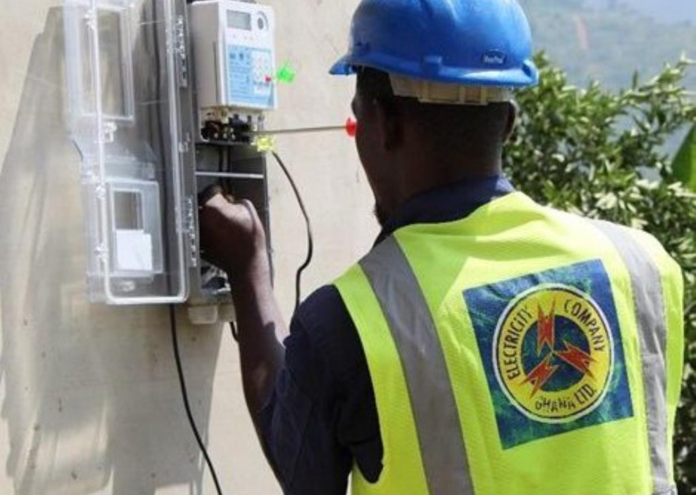 The Executive Director of the Institute for Energy Policies and Research has fingered the IT department of the Electricity Company of Ghana (ECG) for the technical hitch that affected its metering system.

According to Kwadwo Poku, the Managing Director of ECG, Samuel Dubik Masubir Mahama, has been trying to enforce some changes at the Company, “, especially in regards to how the credit system is controlled but is facing some resistance from the IT department who controls the system.”

While he stopped short of accusing the IT department of sabotage, he noted that the ongoing impasse may have a direct link to the system shutdown that ECG had experienced over the past six days.

This comes after some ECG prepaid consumers were left in the dark after a technical challenge affected the purchase of credits for their meters.

On October 1, ECG said they had fixed the vending challenges, however, some consumers were still reporting challenges on Sunday morning.

Commenting on the issue on JoyNews’ PM Express, he said: “So the MD says look, no, we need transparency. If our whole entire operation is based on one person or one department controlling the credit system, we need to have checks and balances, so open it up, and let the Director of Finance and other departmental heads also see what is going on.

“Now what happens is that the MD and his managers are asking the IT department to give them some information. That information is not forthcoming.

“Bear in mind there have been people who have been arrested in the Ashanti region for selling this prepaid credit to people and they have been prosecuted. That is public knowledge.

“There are vendors around the country that are not on the ECG vendor list. How do they get their credit? So the MD is trying to change things around at ECG and insists that the ECG IT department opens up and let’s see what’s going on. That is how the National Security came in. the National Security didn’t come in to take a source code for a third party.”

The Ranking Member on Parliament’s Committee on Mines and Energy, John Jinapor, also called for restraint concerning the issues surrounding the system shutdown.

According to him, while the IT department of the ECG has been bastardised following the technical hitch, it would be rather unfair to do so when there has been no concrete evidence to prove such claims.

He has, however, mentioned that the Management of ECG will be invited to appear before the Committee after the issue is resolved for an investigation into the cause of the hitch.

“I have spoken to Chairman of the Committee, honourable Atta Akyea, that when all is over ECG must be invited to appear before the committee so that we can deal with this issue and get the full facts. Because at that level, you’re appearing before a committee that has the powers of a high court and sometimes you’re under oath.

“But I think that it is early days yet to begin to accuse people directly. You may have your suspicions just as we also get a lot of information. And I’ve been very very careful putting out a lot of the information I get.

“In fact, I am aware that the IT department has worked around the clock to bring all this service back on and so let’s be very very careful not to pigeonhole people and demonise them.

“It is my hope that this investigation will be very very transparent and that the full details will be made available to the general public in terms of what really transpired and what we can do going forward. So I will plead with all of us to exercise maximum restraint in levelling accusations,” he said.