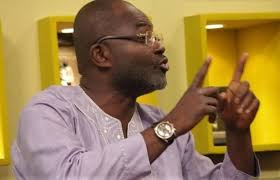 He believes goods sold by Nigerians and other nationals in Ghana appear to be cheaper because they contract loans with less interest rates from their countries compared to their counterparts in Ghana which is the bane of rivalry on the Ghanaian market.

Making a submission on the floor of parliament about the attacks on Nigerian businesses in the country, he said the issue could partly be resolved if Ghanaian banks offered loans with less interest rates to businesses but said that has not been the case in recent times

“The banks are taking advantage of especially the traders who are forced to take loans at any rate because they are desperate. I will think if Ghanaian traders are able to boycott loans they will sit up. I don’t take loans just because of this. Just this morning they were following me and I said I cannot take a loan with an interest of 30%. It means I am working for you…with electricity cost, roads what am I going to get?” He revealed on the floor of the august house.

According to him, banks will be compelled to ran after business owners with competitive rates if they are no longer getting persons to take loans at the rates they want.