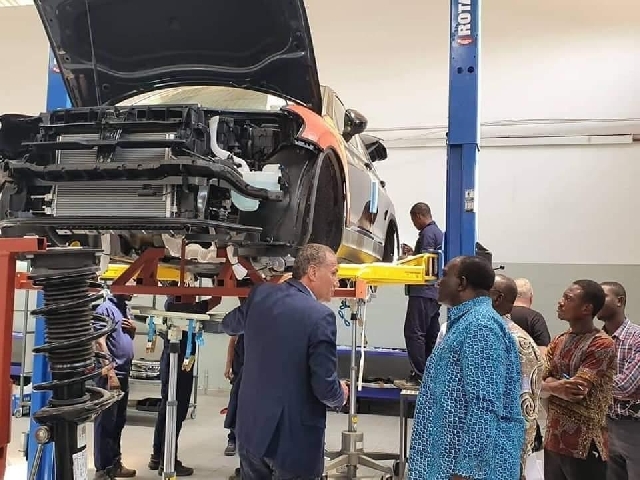 The President announced the event on his Facebook page today.

In March this year, the Minister of Trade and Industry, Mr Alan Kyeremanten, visited the assembling plant of Volkswagen (VW) at the North Industrial Area in Accra, to have first-hand insight regarding the ongoing work of the automobile giant.

Accompanied by some officials of the Trade Ministry, Mr Kyeremanten expressed satisfaction withthe facility of VW.

“I assure Volkswagen and its local assembler in Ghana of the full support of the government in creating an enabling environment and incentive framework to make their investment a major success,” he mentioned

In his State of the Nation Address, President Nana Akufo-Addo said VW was due to start production by the end of April 2020.

According to him, Sinotruk, which also expressed interest in Ghana, will also begin assembling a plant this year.

“Toyota is scheduled to start the assembly of vehicles in Tema in the last quarter of this year. We have high hopes for this new industry, which has come to join our Kantanka”, the President mentioned.

The establishment of these assembling plants is expected to create some thousands of jobs for Ghanaians, particularly mechanical and electrical engineers.